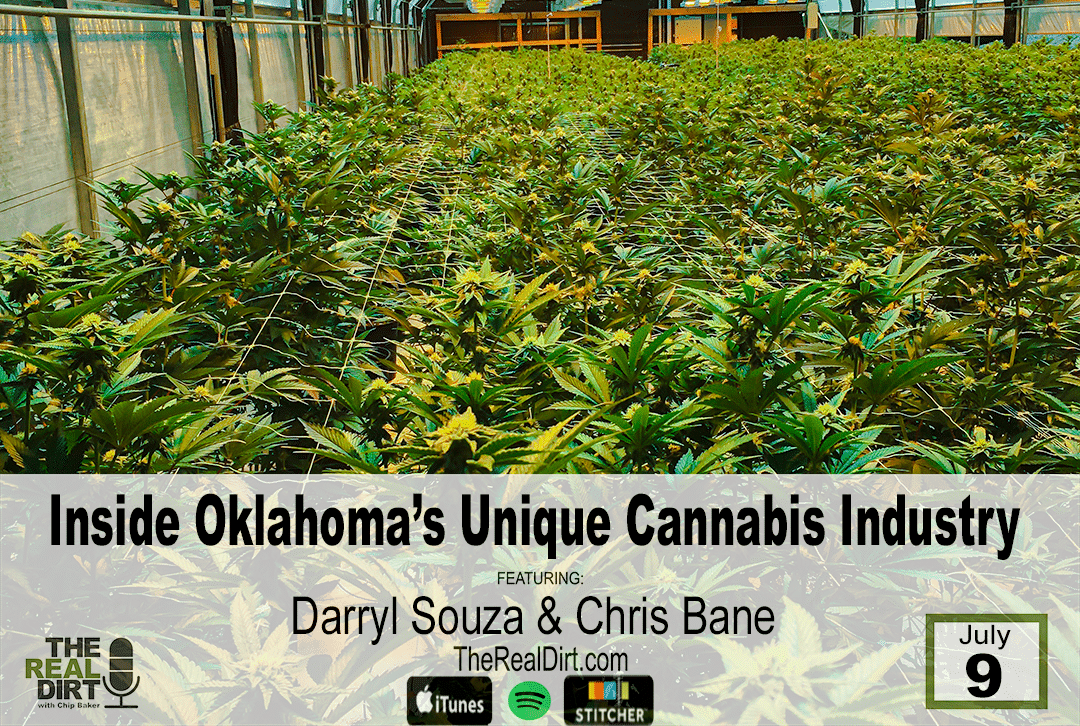 It’s time to get growing in Oklahoma.

Right now is a great time to be growing cannabis in Oklahoma. For starters, it’s legal as long as you have a medical card. Second, Oklahoma has some of the most accessible cannabis laws in the country, making it super easy for anybody to start growing cannabis for themselves.

But for some, growing cannabis and using cannabis is still a taboo they are trying to overcome. This is in part because of Oklahoma’s inexperience with cannabis culture.

“What is that?”, is probably what a lot of people in Oklahoma would say right now if you asked them about Oklahoma’s cannabis culture. That’s because up until 2018, it was pretty much non-existent.

Cannabis is very new to the state of Oklahoma, a traditionally red, conservative state that sits in southern-middle America. Compared to Colorado, California, Nevada and other larger states that have legalized cannabis, Oklahoma is pretty small.

Oklahoma City has a population of less than 650,000, with the next biggest city, Tulsa, having just over 400,000. Even with big city hubs, Oklahoma is still pretty rural. In other words, there was little interest in cannabis culture in Oklahoma until recently.

But with the state’s new laws, many are seeing the opportunity as more than just a new medicinal avenue, but a business avenue. It’s no secret that cannabis brings a lot of business, jobs, and money to wherever it becomes legal, medical or otherwise. So it should come as no surprise that people in an agricultural state like Oklahoma would jump on the opportunity to start growing cannabis.

It may seem simple enough as a traditional farmer or vegetable grower when growing cannabis for the first time; just plant the seeds or clones, give them water and sunlight and you’ll get results. But cannabis is not quite that simple like other vegetables or field crops.

The smartest and easiest things to do for new growers just growing for personal use is to buy clones. These are precut pieces of cannabis mother plants that have tested, proven quality genetics that will produce a plant just like the mother. Clones save you the trouble of having to grow out seeds for a couple months just to weed out the males (pun intended) and realize they were half of your stock.

For commercial growers however, building a cannabis business means standing out from the competition. You can either grow consistent, quality cannabis from clones of other growers’ gardens, or you can develop your own strains. Obviously breeding cannabis is no amateur task, and takes patience, trial and error.

But growing from seed gives growers the ability to pollinate and cross-breed their favorite strains to create new ones, an ability not afforded by clones since they are all female. A general tip to remember is that clones are more sensitive at first, and more prone to disease compared to seeds which are heartier, but overall clones are much easier to manage for a new grower.

Everything to know before you grow

In this episode of The Real Dirt Podcast, Chip talks to Darryl Souza and Chris Bane of Cultivate Denver and Cultivate OKC. Darryl and Chris combined have been in hundreds of grows and they have seen how cannabis is grown, right and wrong, indoor and outdoor, so they know a thing or two about growing cannabis of high quality, consistently.

Tune in as the three talk best practices for growing cannabis in Oklahoma, which lights, soils and nutrients are best and more on another knowledge-packed episode of The Real Dirt Podcast.