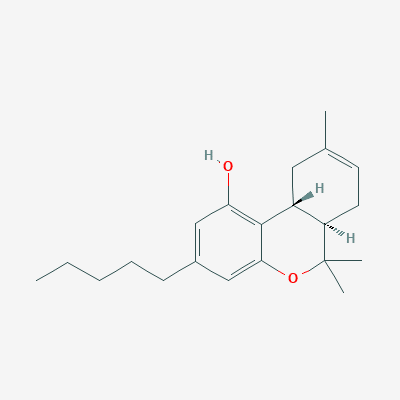 Delta-8 THC is the latest cannabinoid to take over the hemp “grey” market, after CBD had its run in 2019 and 2020 before regulation on CBD products began. However D8 THC is likely to face a similar fate soon enough, and some states aren’t waiting around for the FDA to start regulating it.

So how does a hot new cannabinoid like this come about without regulation, and is Delta-8 THC legal?

What may be a surprise to some is that D8 THC is not a newly discovered cannabinoid. Pharmacological knowledge of D8 THC has been around since 1941 when its partial synthesis was discovered by Roger Adams. It is an isomer of Delta-9 THC, meaning that it has an identical molecular formula to Delta-9 THC, but Delta-8 THC is arranged differently which creates a variation in chemical properties.

But like many other cannabinoids including Delta-9 THC, scientific data surrounding Delta-8 THC was suppressed soon after its discovery, with the Marihuana Tax Act already being in effect since 1937. That changed with the passing of the Farm Bill in 2018.

Following the federal legalization of hemp, a lot of farmers hopped on the CBD trend and saturated the market with biomass. But just like CBD, Delta-8 THC can also be extracted.

D8 THC is not as prevalent in hemp as CBD, and not as potent as Delta-9 THC. But that hasn’t stopped producers and consumers from capitalizing.

If Delta-8 THC was all made up by illicit market producers trying to take advantage of the uneducated consumer, it surely wouldn’t be as popular as it has become. That is to say in the mind of consumers, D8 THC is a “legal” replacement for Delta-9 THC.

For someone living in a state with no access to medical or recreational cannabis, hemp is more than likely legal. Since Delta-8 can be extracted from hemp, and hemp is legal, Delta-8 is technically legal too, for now.

With the CBD market completely oversaturated, D8 THC also presents a unique opportunity for hemp producers to still make a profit off their hemp. Being a very close relative of Delta-9 THC, a massive market for those trying to get the “high” of Delta-9 without breaking the law in their state has been created.

Just since the beginning of 2021, Delta-8 THC has grown massively in popularity. It has become available in vape carts and edibles in head shops across the country and also gives consumers the option to have it shipped right to their door online.

However that may all be changing quicker than consumers and producers hoped.

While the FDA might just be catching wind of Delta-8 THC and are considering looking into the new hot cannabinoid, individual states have already taken notice, and they aren’t waiting to take action.

Vermont is the latest state to pass rulings that state D8 THC is now illegal, and they aren’t alone either. Alaska, Arizona, Arkansas, Colorado, Delaware, Kentucky, Idaho, Iowa, Mississippi, Montana, Rhode Island, and Utah have all banned the sale of Delta-8 THC.

With so many states jumping to ban D8 THC so quickly, it isn’t a good sign for the future. Ultimately the reason that Delta-8 may fail is because of the lack of regulation. Without regulation, there will always be bad actors in the industry pushing fake and dangerous products.

A clear example of this issue gained nationwide attention in 2019 after several people died from ingesting illicit market Delta-9 vape cartridges, and hundreds more wound up in the hospital. The same problem could easily plague the rising Delta-8 industry, and that has lawmakers and consumers concerned.

While many are willing to take the risk and have Delta-8 THC delivered from an online service without knowing the true contents or lab results of the product, just as many are not. While there are a handful of reliable Delta-8 suppliers with lab testing provided, there are just as many if not more that don’t include lab results.

So what’s the solution?

The question that many are asking right now is, will Delta-8 THC be regulated or just made illegal?

Unfortunately for consumers and producers, the latter is much more likely. Compared to CBD which has very little to no psychoactive effects, Delta-8 is described as a more subtle version of Delta-9 THC by consumers.

In a state like Utah where recreational cannabis is still illegal, Delta-8 is no different than Delta-9 in the eyes of legislators and regulators because the consumer can still get high from consuming it. So why would they allow one and not the other?

At least we can’t argue that they aren’t being consistent.

As for the potential for regulation, it is possible but unlikely in the near future. For example, despite being legalized in 2018, the USDA’s final ruling regarding hemp production wasn’t released until January of this year. The FDA has only recently begun cracking down on the unregulated CBD industry, sending out multiple emails to producers in March of this year warning about false advertising and making medical claims about CBD products.

But the USDA ruling doesn’t even address Delta-8 THC, let alone set a limit on its production. There is no evidence that the FDA is currently investigating Delta-8 either. So while we don’t expect there to be a federal ban on Delta-8 in the near future, we are likely to see more states take action on their own.

Colorado passed medical and recreational cannabis and has a thriving legal industry, yet is still choosing to keep Delta-8 THC illegal. Other states are going to take notice, and many may follow suit.

For now, if you want to try Delta-8 for yourself, make sure to search for a verified producer that provides detailed lab results from a certified lab. While the science may still be out on the safety of D8 THC itself, as long as the product is made properly with clean ingredients and certified by test results it may be the best alternative to Delta-9 for those who can’t get it for the meantime.