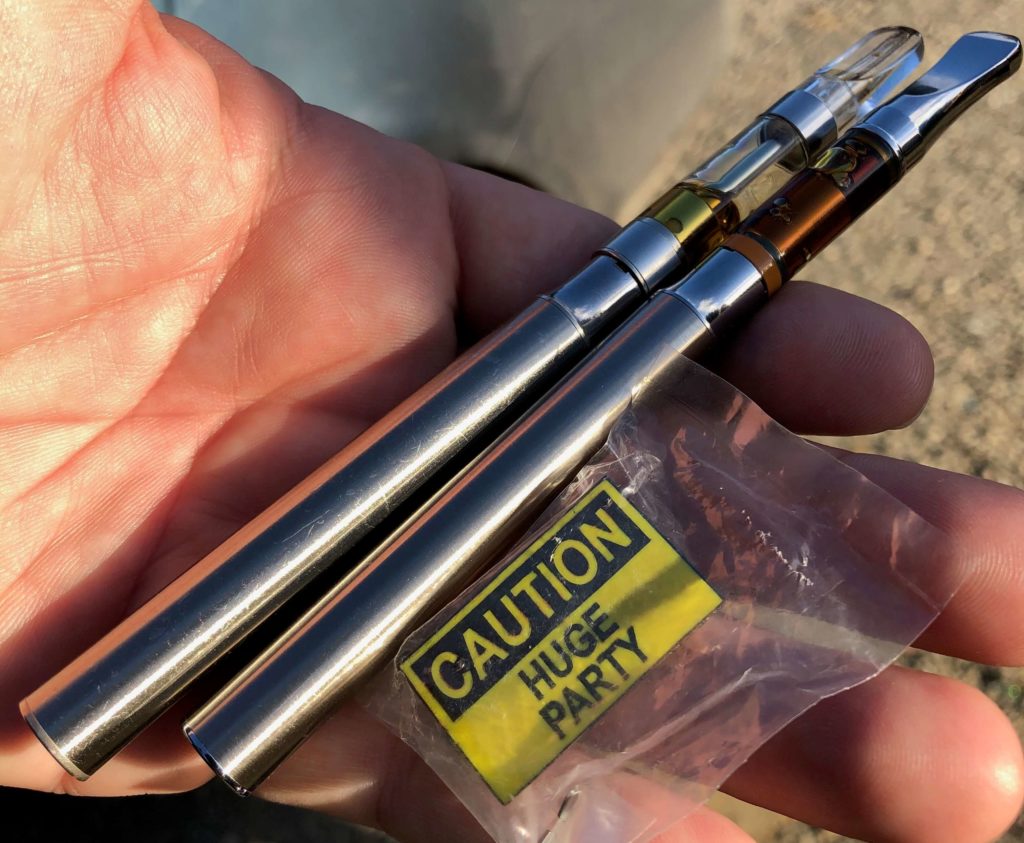 If you’ve watched the news over the past month, you probably think vaping can now kill you.

In today’s sensationalist news cycle, it has become the standard to over-exaggerate. Whether it’s about politics or a major health crisis, the media will always drive a narrative that gets people more worried, and gets them more views.

So it’s no surprise that when people started getting sick from vape pens the media would jump all over it.

It all started in September. A news story broke about someone getting some type of lung-related illness from a vape pen. At first, that was all. But then the story broke. The vape pen they were using had THC in it.

Cue the media leaping into hysteria, claiming that THC vape pens are making people sick. And if you watched the news around this time, there was a clear implication that it wasn’t something else in the pens causing harm, it was the THC. But that didn’t stop other outlets from claiming it wasn’t just THC vape pens to blame, but all vape pens.

Law commercials advocating law suits against Juul started to appear, and talks of a federal vaping ban ensued. Suffice to say, the media — and in turn the country — lost their collective shit.

Of course all of the drama and freak out over vape pen related illnesses was based on half truths. Yes, people were in fact getting sick, and even dying, from THC vape pens. But there’s one thing that every single news story in the mainstream media failed to mention. Legality.

Out of over 400 cases of reported lung-related illnesses caused by vape pens, about 99% of them were caused by illicit vape pens. In other words, people purchased vape pen cartridges on the illicit market, and got sick. Why? Because of cutting agents.

Specifically, cartridge producers on the illicit market used vitamin E as a cutting agent. That doesn’t sound like a big deal right? We need vitamin E to stay healthy, you can eat it, you can put it in ointments, so why not a vape?

There are already plenty of conspiracy theorists out there claiming big tobacco is the culprit for the major media focus on THC vape pens causing the problem. This would be an attempt to take down the vape pen industry that is the largest competitor to cigarettes. Others thought it was lobbying groups pushing to reverse the efforts of cannabis legalization.

But in all of the confusion, half-assed reporting and straight up false information, the people who really get hurt are the consumers. Not just those that are actually getting hurt by illicit vape pens because they don’t have access to safe, legal cannabis. But also your everyday cannabis consumer, and your medical user especially.

There are patients who don’t like to smoke, and choose to vape their medicine. With the rising concern surrounding vape pens, some dispensaries (and even entire states) have taken vape pens off of their shelves to make sure they are safe. Which is all well and good until the people who really need them can’t access them.