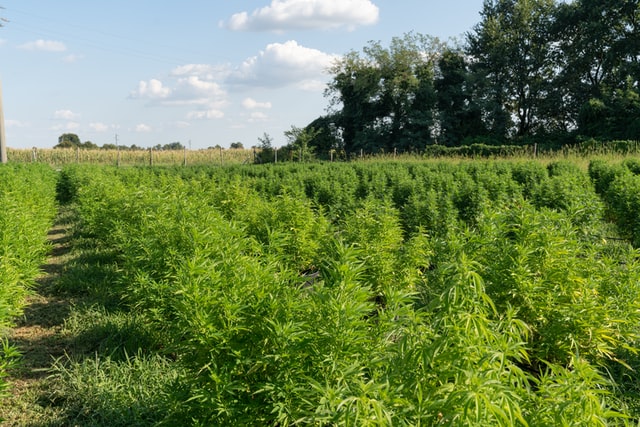 There were several concerns among states following the federal legalization of hemp in 2018. One of the primary being the regulation of both cannabis and hemp together in states where cannabis has been legalized.

One such state is Oregon, which legalized cannabis in 2014 and quickly saw a massive boom in the new industry. The state was producing so much cannabis that the price per pound tanked, almost causing the entire industry to crash in just a couple of years.

So when the government legalized industrial hemp on the federal level in 2018, many states including Oregon saw it as an opportunity to broaden the accessibility to the cannabis industry for farmers. Many in Oregon were looking for an alternative to THC-rich cannabis due to the oversaturated market, which led them to switch to hemp instead.

Others joined when hemp was legalized as they recognized the potential of the growing CBD market, and more nefarious actors joined to take advantage of one of the biggest overlying issues in the hemp/cannabis industry; figuring out the difference.

Hemp and cannabis are technically one and the same. While the genetics have branched apart from each other over time, the plant remains very similar at their core. Both contain THC and CBD, but while cannabis was bred to have more THC, hemp traditionally has lower THC levels already, making it easier to breed out.

The Farm Bill requires that hemp contain no more than .3% THC, an infinitesimal amount that can’t produce a psychoactive high. This requirement is what helped drive the CBD as market, as all other cannabinoids aside from Delta-9 Tetrahydrocannabinol (THC) are technically legal.

Since the plants look so similar to each other, a large portion of the farms claiming to be growing legal hemp, have actually been growing illicit cannabis without proper licensing.

With cannabis legal in Oregon now, these illegal farms operate with near impunity next to Oregon’s highly regulated cannabis market. With many western states being hit with drought this year, these illegal farmers are also illegally stealing water from the surrounding creeks and wells. One illegal cannabis farm recently raided by authorities was illegally drawing water from the Illinois River to feed over 72,000 marijuana plants.

The Jackson County Board of Commissioners recently declared a state of emergency warning of “an imminent threat to the public health and safety of our citizens from the illegal production of cannabis in our county.”

The illegal cannabis farms are often posing as legal hemp farms, the commissioners noted. The Oregon Health Authority and the Oregon Liquor and Cannabis Commission recently reported that nearly 50% of registered hemp farms inspected in the state are illegally growing cannabis, with a THC content greater than legal limits.