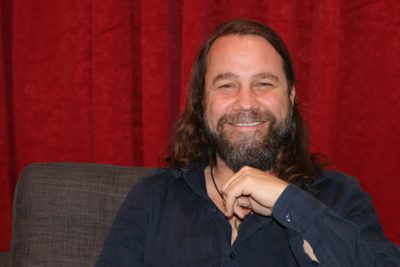 On an upcoming episode of The Real Dirt with Chip Baker, Chip Baker had a chance to sit down and have a smoke with hemp entrepreneur Adrian Zelski. Adrian works with the International Hemp Exchange, the world’s first online marketplace and digital exchange for buyers, sellers and growers of hemp.

“Everyone knew it before the drug war. Around the world, you just look, and it’s been thousands of thousands of years of recorded history of civilizations, of ancient people, indigenous people, and they were all using it for medicinal reasons, for building materials, for ink, stuff like that. Stuff that was absolutely purposeful.”

America is a nation with Amnesia. For centuries, early colonial settlers grew hemp, mostly at the order of the crown. As a textile, hemp and the hemp industry was ideal for rope, cloth, and burlap. Its cultivation and use continued unfettered  As it posed great competition for burgeoning textile industries, the political tide turned and the hemp industry ended up outlawed with marijuana in the Tax Act of 1937. By the 1950s, the introduction of cheap synthetic fiber was the final nail in hemp’s coffin. A 2014 law gave new hope that hemp could one day serve as the backbone of a new textile industry. Since then states have implemented test programs and expanded industrial hemp farmers ability to grow their crop without fear of prosecution.

What are the regulations around the hemp industry?

“The regulation in America, according to the Industrial Farming Bill in 2014, is any hemp that is going to be produced and used in America has to be under .3% THC. Some of that is changing.”

Hemp farmers have been restricted to producing hemp with .3% THC or under. For textiles, this poses no obstacle, however, for medicinal use, the reality is that hemp should contain high enough levels of THC in order to fully activate the CBD contained within. Cannabinoids enhance each other’s properties in what is known as the Entourage Effect. In a nutshell, in order to maximize the medicinal effect of CBD, THC has to be present in sufficient quantities. The low THC limit has come under fire, and efforts are currently under way to change the law.

What’s the future of the hemp industry?

“That’s where hemp is beyond reproach; that’s one of my favorite things to say. It’s not something you can sit there and judge, like alcohol or smokeable cannabis. It’s something where you can say, “Actually, I’m gonna rub this on my kid’s foot and he’s gonna stop having seizures.” That’s not an arguable thing from anybody, really … even Donald Trump, I believe.”

It is hard to deny the incredible results we have seen from patients using CBD oil made from hemp. As more and more people are swayed by the science, it becomes harder and harder to hide behind the politics of the matter. The only thing holding hemp back from reaching its potential in the market place is the current legal structure. As the benefits of hemp become further realized, more and more money is bound to flow into the hands of researchers and farmers. Find out what’s really going on behind the scenes and hear it from Adrian himself, on his episode of The Real Dirt with Chip Baker coming to iTunes, Stitcher, Soundcloud and anywhere you get podcasts on 5.22.17.