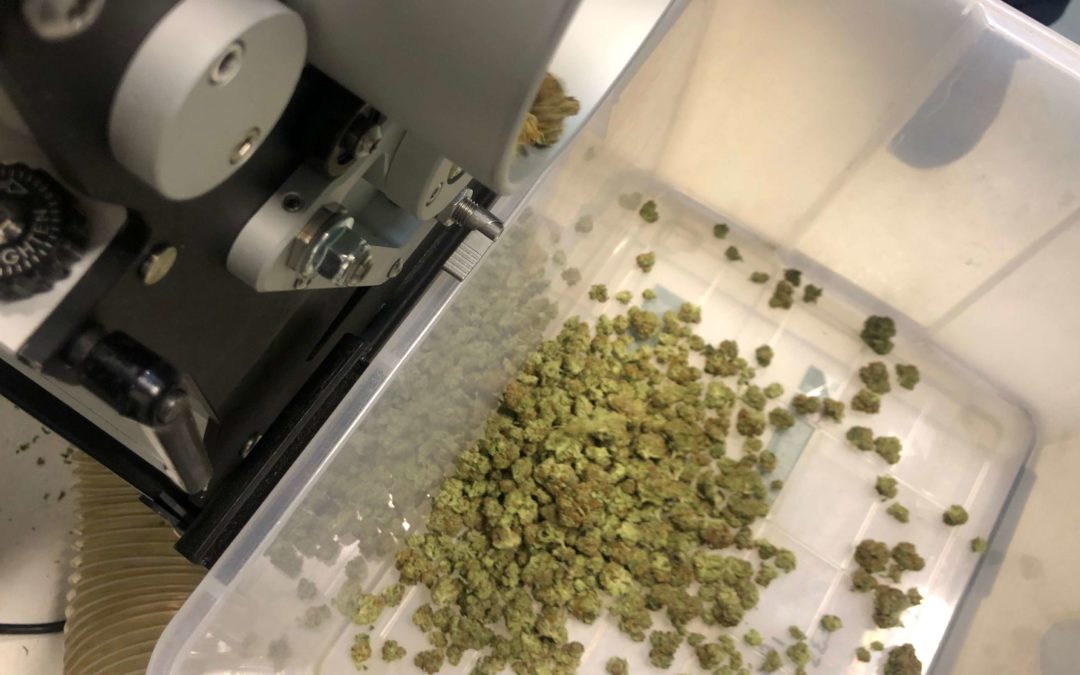 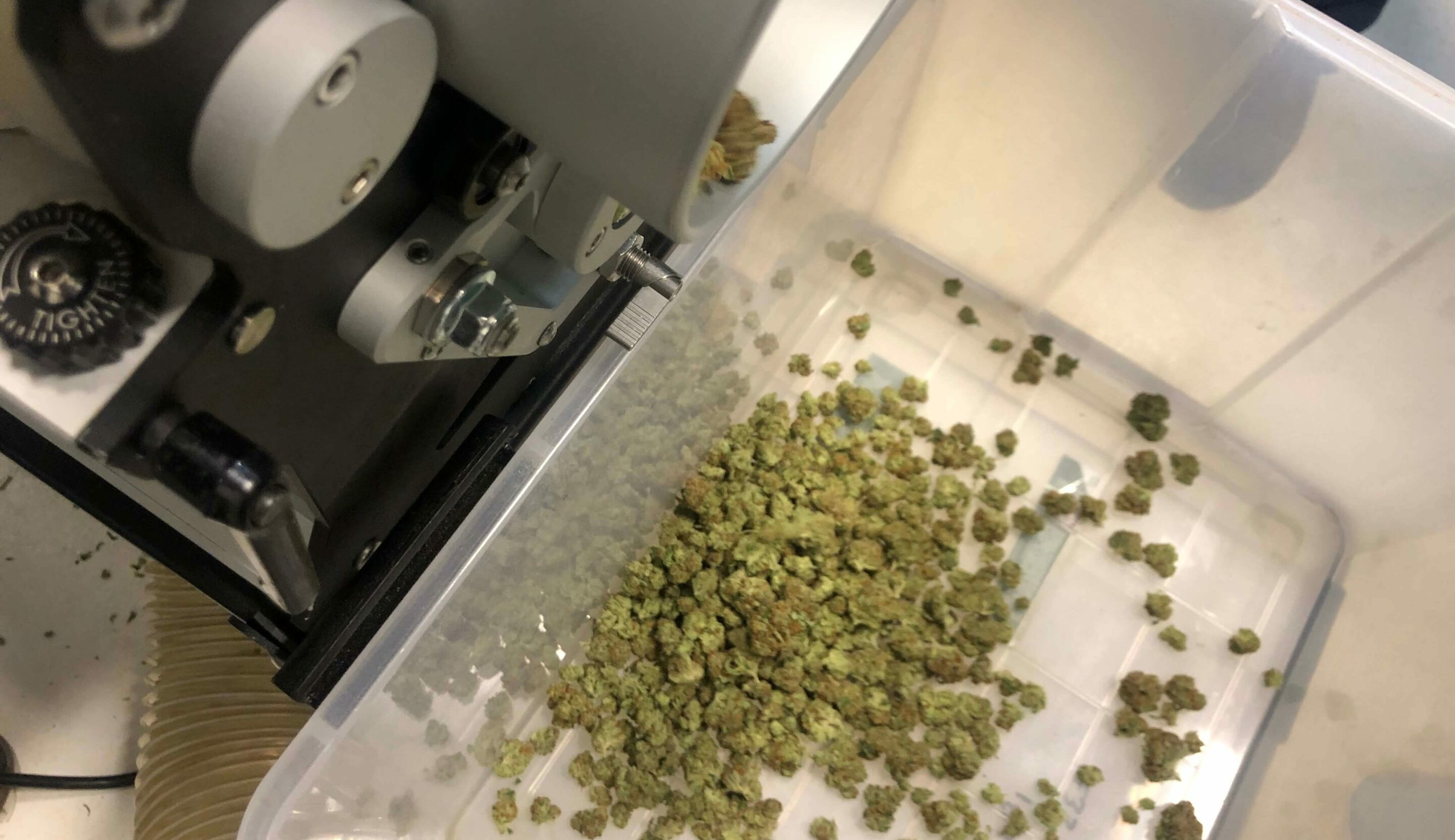 A better question might be, why does it matter?

When harvest time comes around, you need to get rid of the excess leaves and foliage around your flowers to make them look better. In reality, this isn’t something you really need to do, but a lot of people prefer more manicured flowers.

It’s up to you to decide when to trim, but here’s the pros and cons to each to make your decision a little easier.

Wet trimming can be a more streamlined process for growers trying to dry their harvest faster. Wet trimming is possible when you trim your flowers right after harvest.

The plants are still full of moisture, which makes the leaves the freshest. With the leaves sticking out like they would on a live plant, they are much easier to cut without risking cutting the flower by mistake.

After these leaves are removed, the flowers will dry more quickly since the leaves won’t be there to add extra mass and shield the flowers as they dry. Proponents of the wet trim prefer this method because it’s faster, and some would argue more efficient for drying large quantities of flower.

The dry trim is considered to be more difficult, but also more rewarding. Opposed to wet trimming, dry trimming happens after the flower have already had time to dry, leaves in tact.

Dry trimmers prefer this method because they claim it allows the flowers to cure more slowly, contained by the shriveled leaves that dry up and cover the flower. By almost sealing the flower, it helps maintain terpene profiles and prevents plant resins from drying out too fast.

But this is also what makes a dry trim more difficult. With the flower dried up and stuck to the flowers, the trimmer needs to be extra careful to only trim the leaves they want without cutting out pieces of the actual flower.

Some growers who prefer to trim dry will leave smaller leaves on the flower for a more natural look, and also argue that doing so helps preserve terpenes.

Is One Way Better?

But as with everything when it comes to growing, harvesting and trimming, it’s all preference. If you’re committed to the dry trim but it’s your first time, don’t stress. And likewise if you’ve been dry trimming for years and want to give a wet trim a go, do it.

To get the real dirt on wet vs dry trimming cannabis, listen to this episode of The Real Dirt Podcast featuring Cullen Raichart, founder and CEO of GreenBroz Inc, the leading dry machine trimmer company in the country. 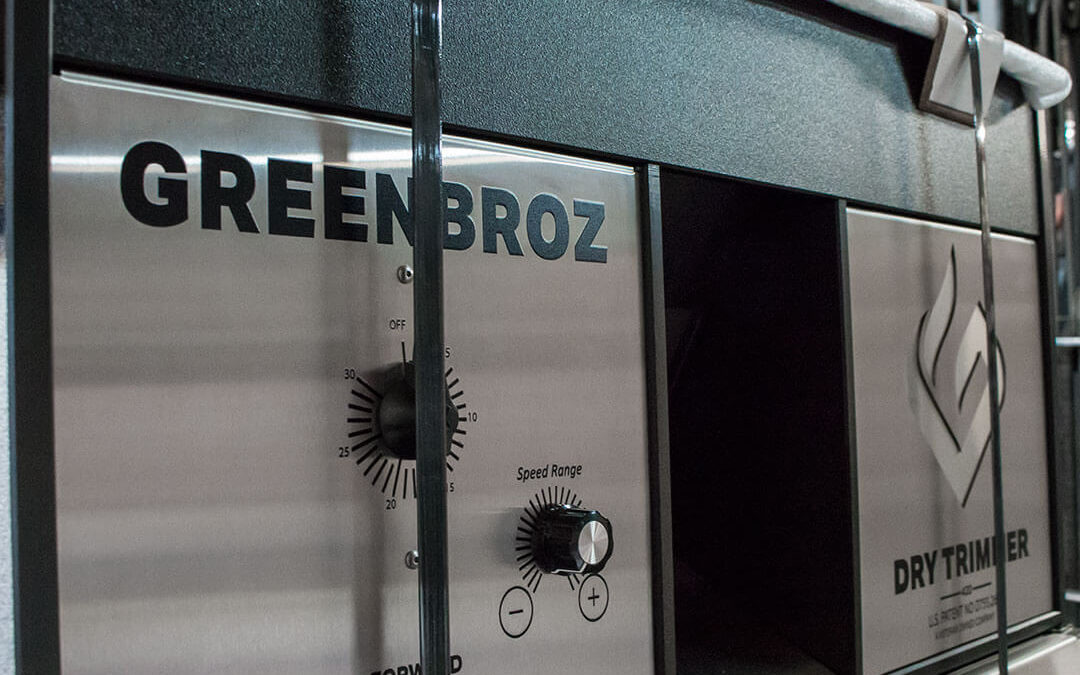 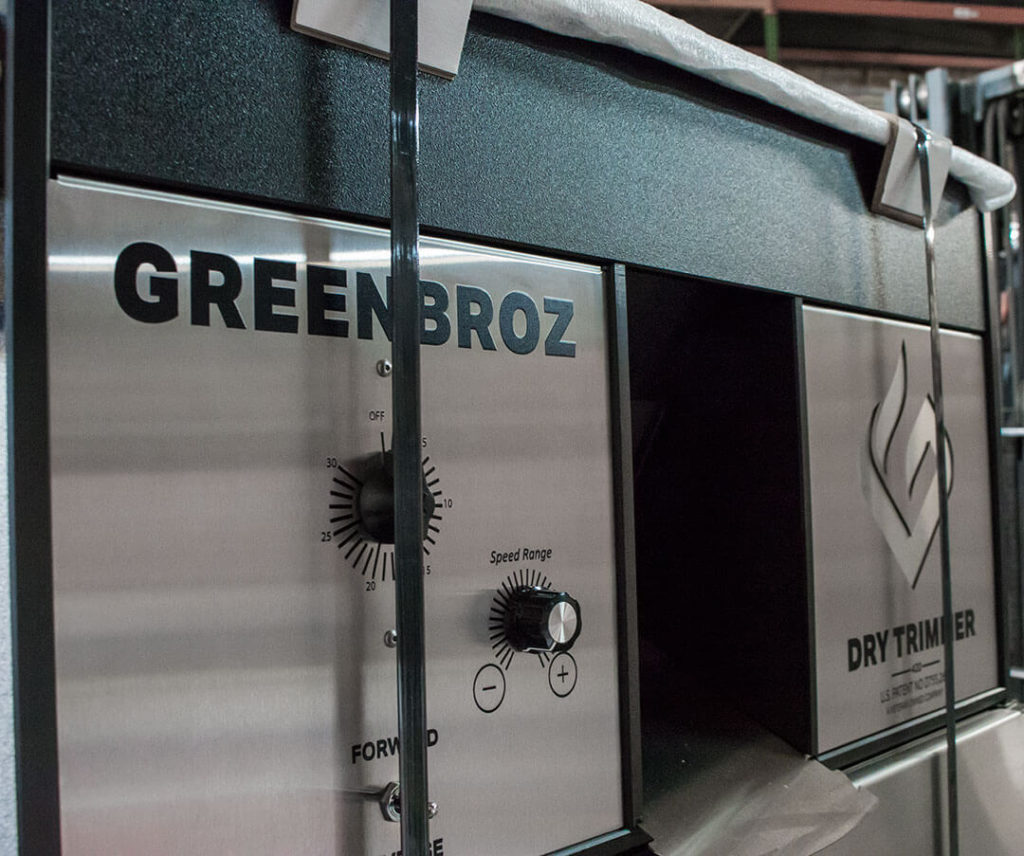