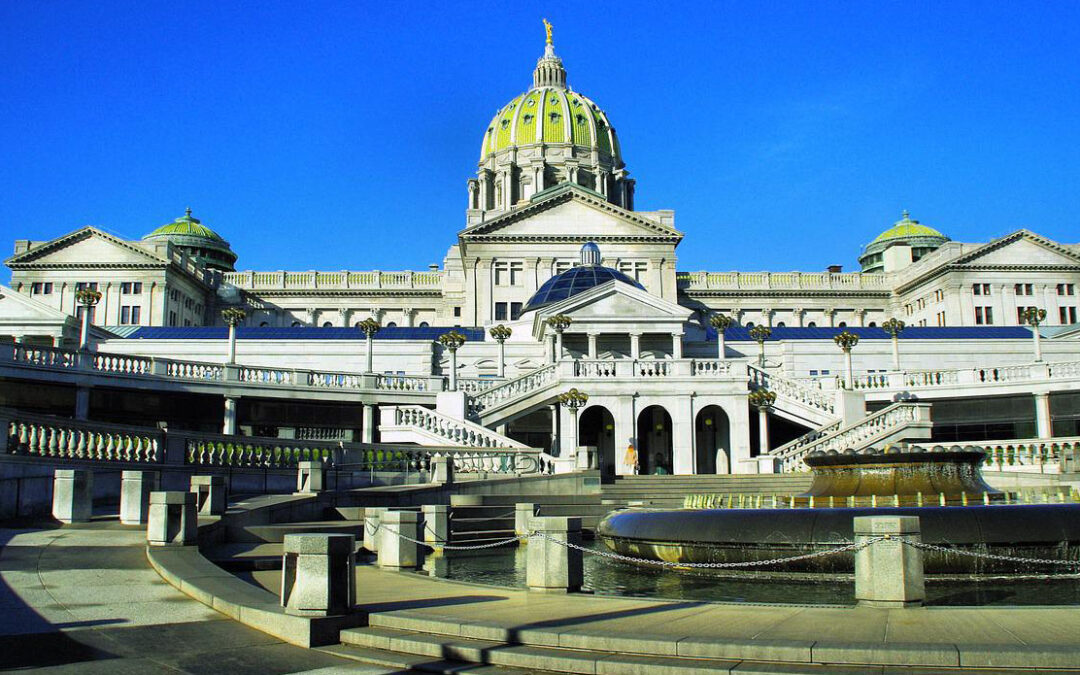 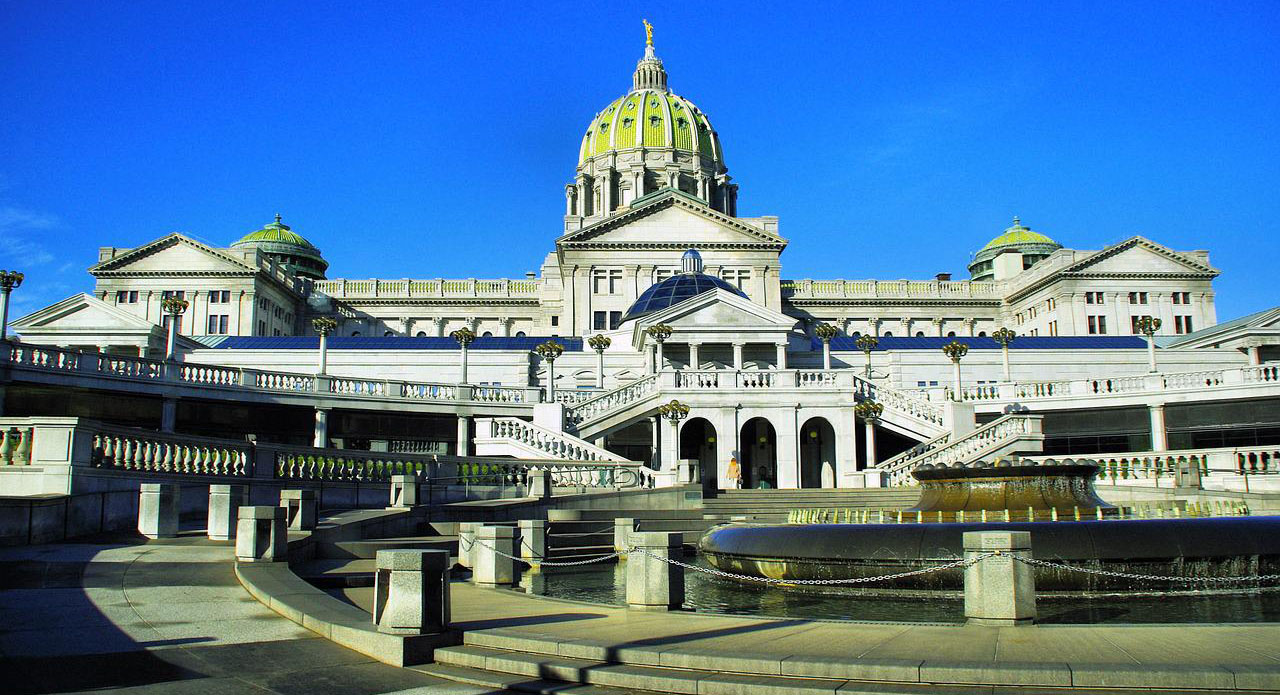 A Pennsylvania cannabis banking bill that would protect state banking and financial institutions from prosecution is on its way to Governor Tom Wolfe’s desk after passing the House last week.

The legislation is nearly identical to a standalone bill that passed through the legislature earlier this session. The new measure passed with a 173-27 vote.

Sen. John DiSanto (R), the chief sponsor of the bill, had initially introduced the measure as a standalone piece of legislation. But after passing the Senate earlier this year and clearing the House committee, DiSanto filed it as an amendment to the already-passed HB 311. That bill deals with authorizing certain financial institutions to conduct savings promotion programs.

The amendment won’t give financial institutions complete immunity however, as it only applies on the state level. As cannabis is still a Schedule 1 controlled substance according to the federal government, banks and financial institutions can still be prosecuted for working with legal cannabis businesses, even if they are operating in a legal state.

However the amendment represents a step in the right direction for an industry that has been plagued with financial burdens due to federal laws. The fed has been stalling the passage of the SAFE Banking Act which would give federal banks protection in dealing with legal cannabis businesses.

Now state institutions at least will not have to worry about being prosecuted on the state level. With the federal government more or less looking the other way in regards to state legal cannabis industry operations, more banks and financial institutions can feel safer in working with cannabis businesses.

The same protections will also be afforded to insurers. However the amendment also specifies that banks or insurers will not be required to provide services to legal cannabis businesses.

Agencies will be prohibited from “recommending, incentivizing or encouraging a financial institution or insurer” to not provide services just because a business is associated with cannabis.

Banking has been the largest issue impacting legal cannabis industries across the country since Colorado first legalized in 2012. With lack of access to federal banking, and few state institutions willing to take the risk, cannabis business owners are at the whim of whatever institution will take them.

This typically results in higher than average interest rates, stricter monitoring of account activity and even account removal without notice. Credit Unions and smaller local banks will even impose exorbitant deposit fees since they know cannabis businesses will deposit larger amounts of cash compared to other businesses.

Additionally as most credit card companies operate in cooperation with federal institutions, the majority of cannabis businesses are cash only. Robbery and theft is extremely common in the cannabis industry as businesses owners must carry bags of cash sometimes containing hundreds of thousands of dollars since they can’t accept credit from customers.

The Secure and Fair Enforcement (SAFE) Banking Act that has passed the House in some form six times at this point, only to stall in the Senate. It is currently the only federal bill focused on solving the banking issues plaguing the legal cannabis industry. 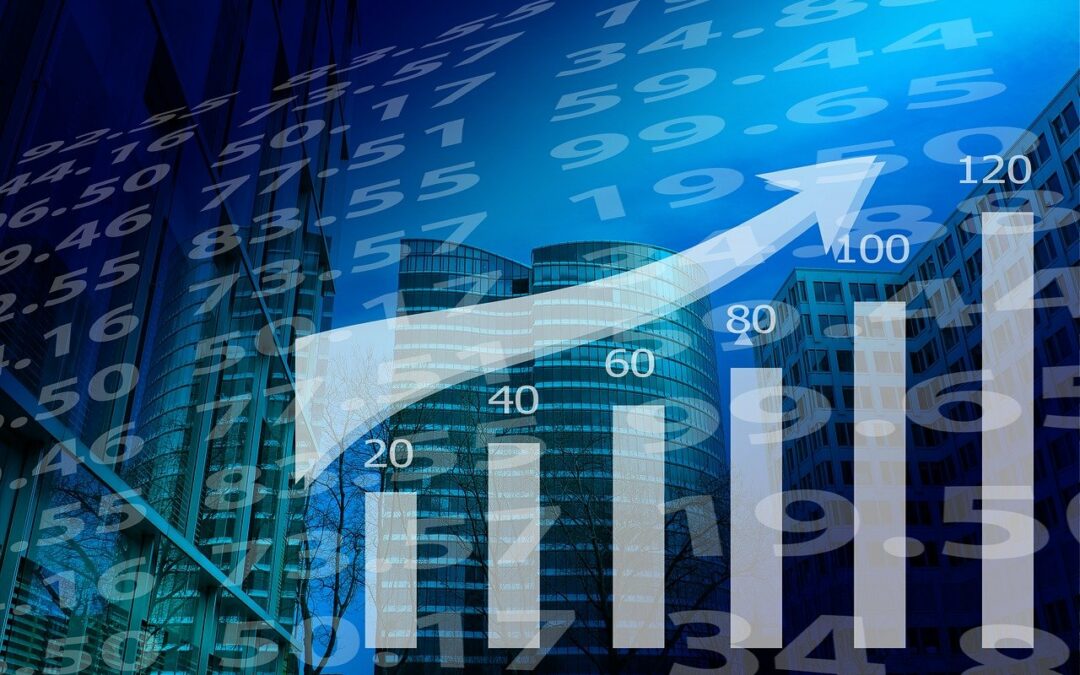 Cannabis industry could be worth over $90 billion by 2026 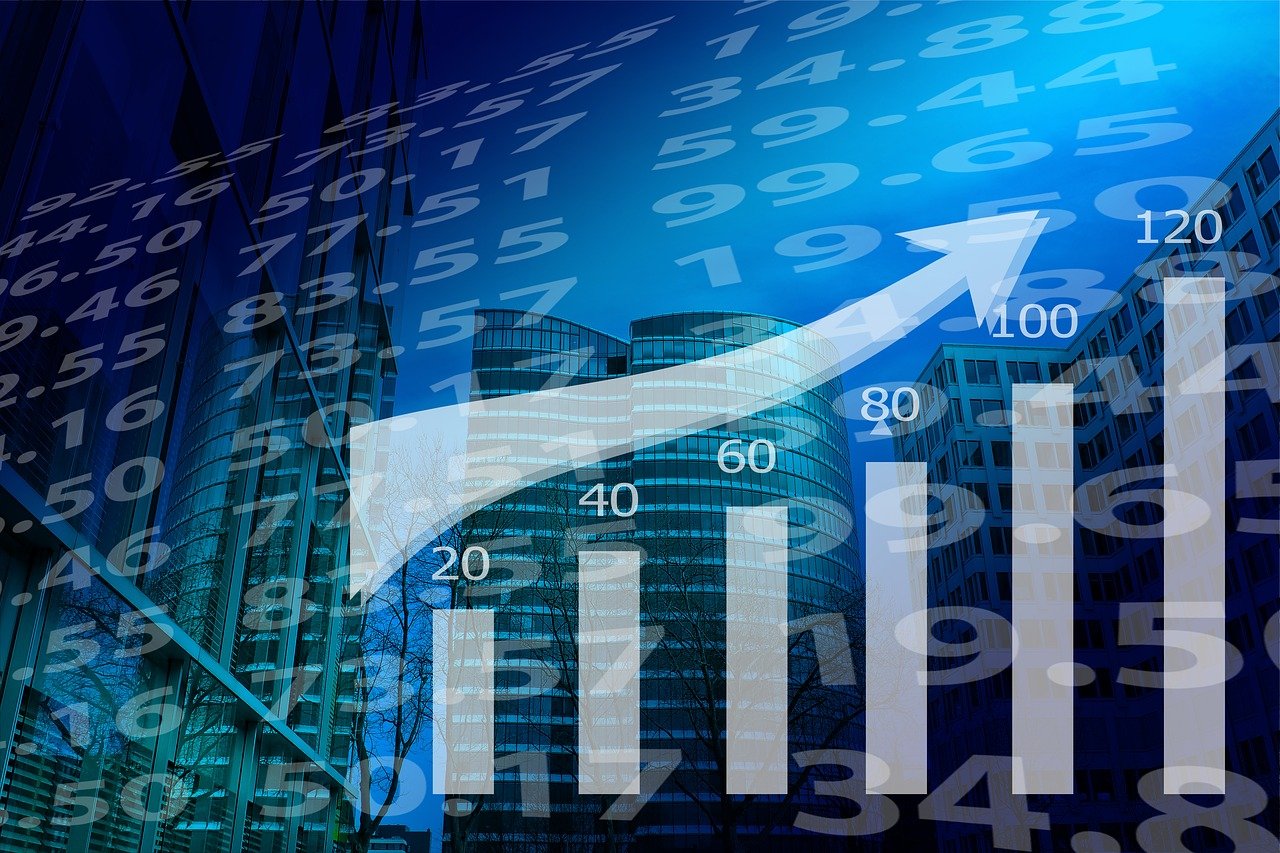 In addition to adult-use cannabis, the majority of the country now has some form of medical cannabis laws on the books. The rapid growth of the industry has turned initial predictions for the industry’s revenue on their heads.

In other words, the industry has triple the growth potential as originally thought. This is a positive sign for those wanting to see the industry grow. It also shows the increasing acceptance of cannabis as a recreational product, and the changing perceptions surrounding cannabis consumers.

Concentrates are the main product sector that is seeing the most growth since 2020, and has the most projected growth through 2026. This includes edibles, tinctures, vape pens, cannabis extracts and other concentrated products.

What may come as a surprise is the finding that medical cannabis dominated the majority of cannabis revenue since 2020. However it does appear that the conductors of the analysis included CBD as a medical cannabis product.

CBD has exploded in popularity as a legal “health supplement” after the 2018 Farm Bill legalized hemp, i.e. cannabis with a THC percentage below .3%. Opposed to medical cannabis which requires a patient’s license and purchasing from a licensed dispensary, CBD can be obtained from a smoke shop or gas station in some cases.

Overall, future growth of cannabis markets will be mostly seen in North America as Canadian and US markets continue to grow. Other factors such as an increase in recognition of medical benefits of cannabis and growing consumer demand for cannabis in disease management and treatment due to high health care costs are expected to drive the growth in the North American region.

As for hemp markets, the industry is projected to hit roughly $25 billion by 2025. The hemp industry was worth over $4.5 billion in 2019, just one year after hemp was federally legalized. 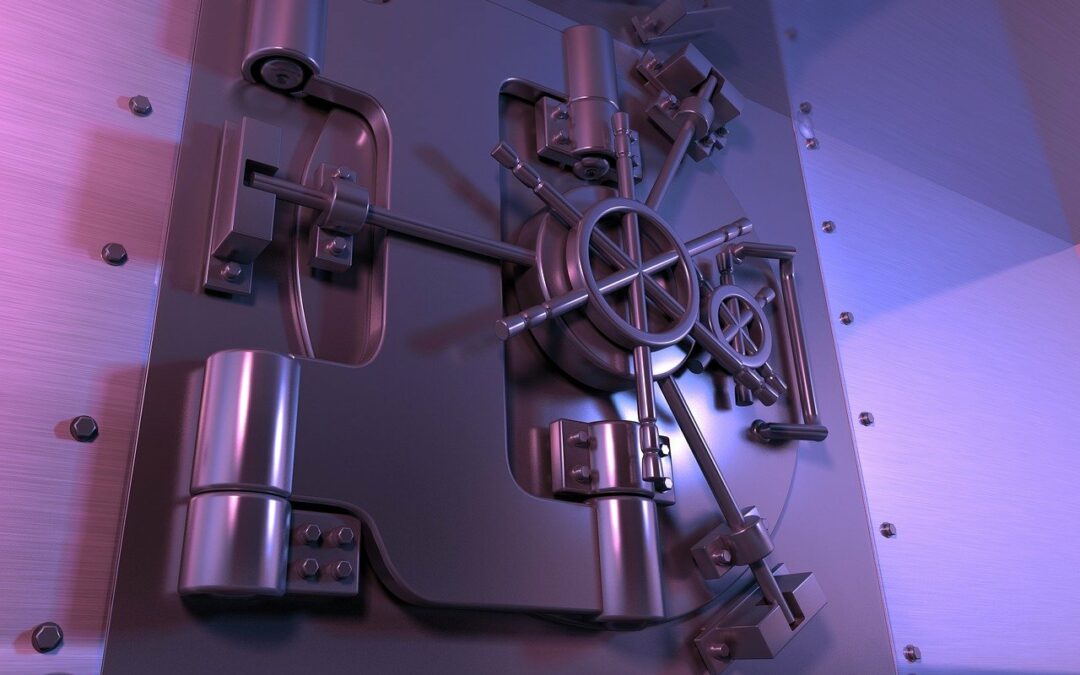 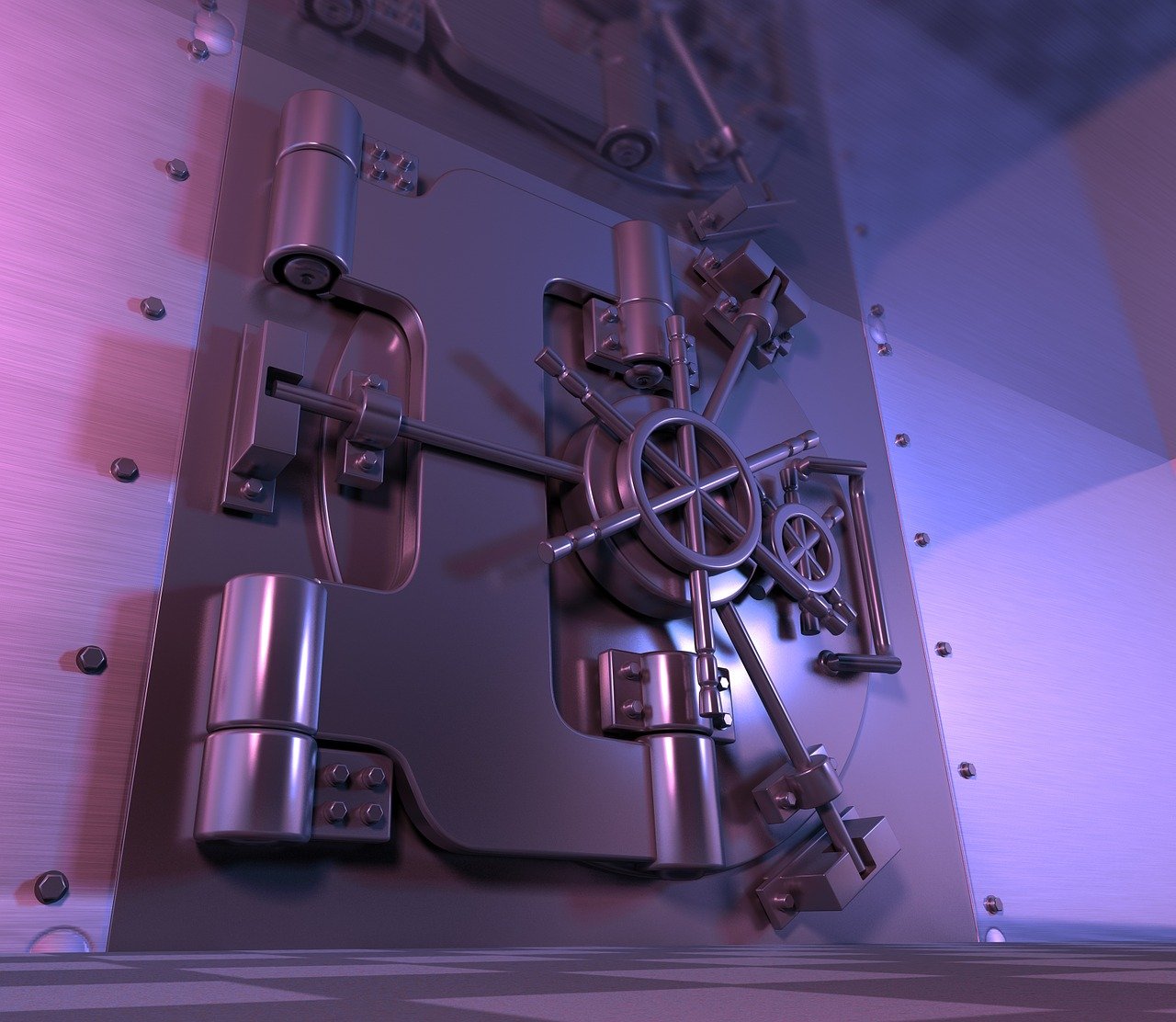 The U.S. House of Representatives late Tuesday night approved a bill that would let banks to do business with cannabis companies without fear of penalty, giving traction to the least-disputed reform sought by the growing industry.

The so-called SAFE Banking Act would be a boon for marijuana companies, which have so-far been stymied by the necessity to deal in cash because of federal restrictions. That has meant they have extra security costs and logistical problems, even as marijuana increasingly becomes legal. Some three dozen states now allow medical or recreational use, according to New Frontier Data, a cannabis research firm.

The measure, which has been passed by the House before with bipartisan support, was this time approved by voice vote as part of the National Defense Authorization Act.

Representative Ed Perlmutter, a Colorado Democrat, who had re-introduced the bill, has said that allowing cannabis businesses to access the banking system would bring more money into the economy and offer the opportunity to create good-paying jobs. The American cannabis industry had $20.3 billion in legal sales in 2020, according New Frontier Data.

The bill’s prospects are unclear in the Senate.

Yet it’s still a far cry from the wish-list of legal reforms that the industry seeks, including all-out legalization, and relief from tax burdens.

The U.S. Cannabis Council, a trade group that represents companies in the industry, called the current rules that require marijuana firms to be all-cash a security hazard.

“Over $17 billion in legal cannabis was sold in the United States last year, overwhelmingly through cash transactions. Forcing legitimate, well-regulated cannabis businesses to conduct most of their business in cash is anachronistic and a clear threat to public safety,” the council’s chief executive Steven Hawkins said in a statement before the bill passed.

BTIG analyst Camilo Lyon said in a research note this week that the SAFE Act’s inclusion with the defense authorization might enhance its prospects.

“Discussions with our D.C. contacts suggest it has an easier pathway of getting through the Senate, largely because no senator wants to be viewed as holding up the massive 1,700 page must-pass NDAA simply because of SAFE banking,” Lyon wrote. 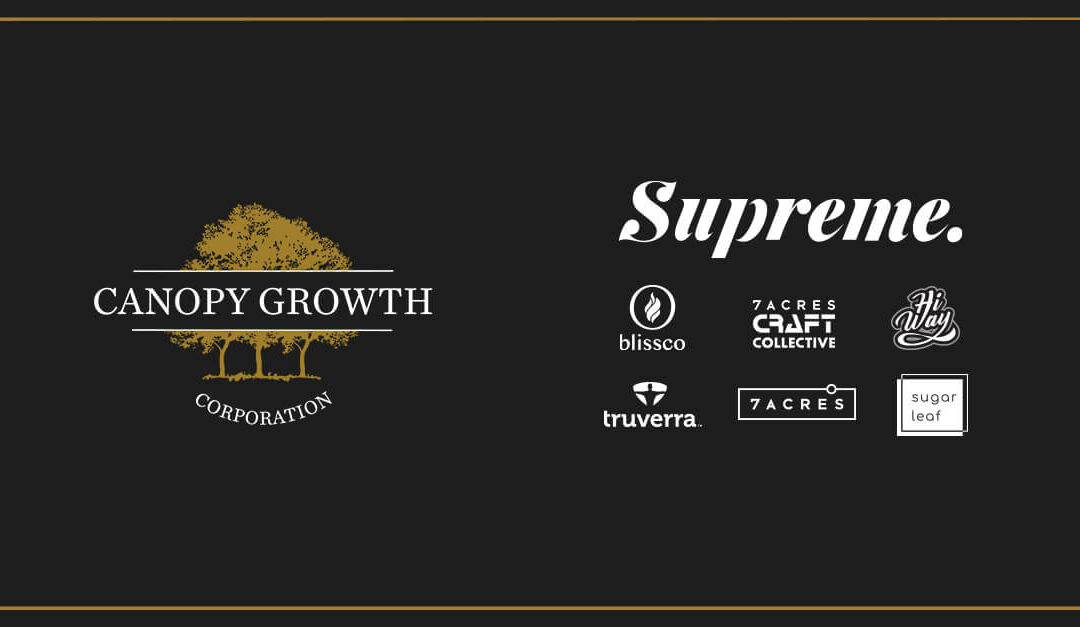 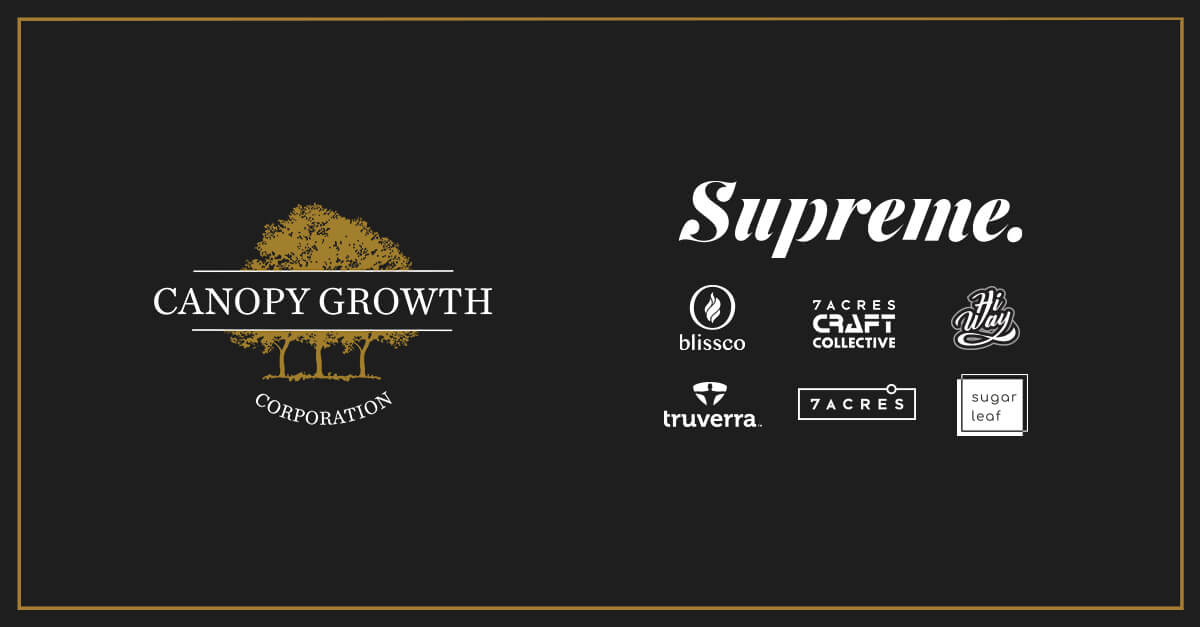 Executives for cannabis producer Canopy Growth received more than 4 million Canadian dollars ($3.2 million) in cash bonuses after making “solid progress in the year,” according to a regulatory filing, even as the company lost CA$1.7 billion and laid off hundreds of workers.

The Smiths Falls, Ontario-based company disclosed the executive compensation figures for fiscal year 2021 in a proxy statement sent ahead of its annual general meeting, scheduled for Sept. 14 via webcast.

The company’s long-term incentive-plan (LTI) bonuses, typically granted annually in March, were awarded June 9, 2021. The LTI bonuses were not reported in the total compensation table because they were issued after the fiscal year ended.

“On a go forward basis, we have determined to fix the regular timing of our annual LTI grants to occur in June of each year, beginning in Fiscal 2022,” the proxy noted.

In an emailed statement, a company spokesperson told MJBizDaily that “Canopy Growth’s executive compensation supports our strategy of attracting and retaining top talent that is necessary to support the company’s ambitious growth plans and is structured to ensure close alignment between the interest of shareholders and leadership.”

Free cash flow has the heaviest weighting (50%) among the performance measures, followed by net revenue (20%), adjusted EBITDA (20%) and individualized objectives (10%).

The company failed to meet its fiscal 2021 goals for net revenue and adjusted EBITDA, but the goals for free cash flow and individualized objectives were achieved.

According to the proxy, Canopy aimed for net revenue of $455 million but came in at $414 million.

Free cash flow was negative $478 million, or half the shortfall the company anticipated.

Adjusted EBITDA, which serves as a measure of profitability, came in at negative $258 million, a slightly worse performance compared with the company’s objective of negative $246 million. 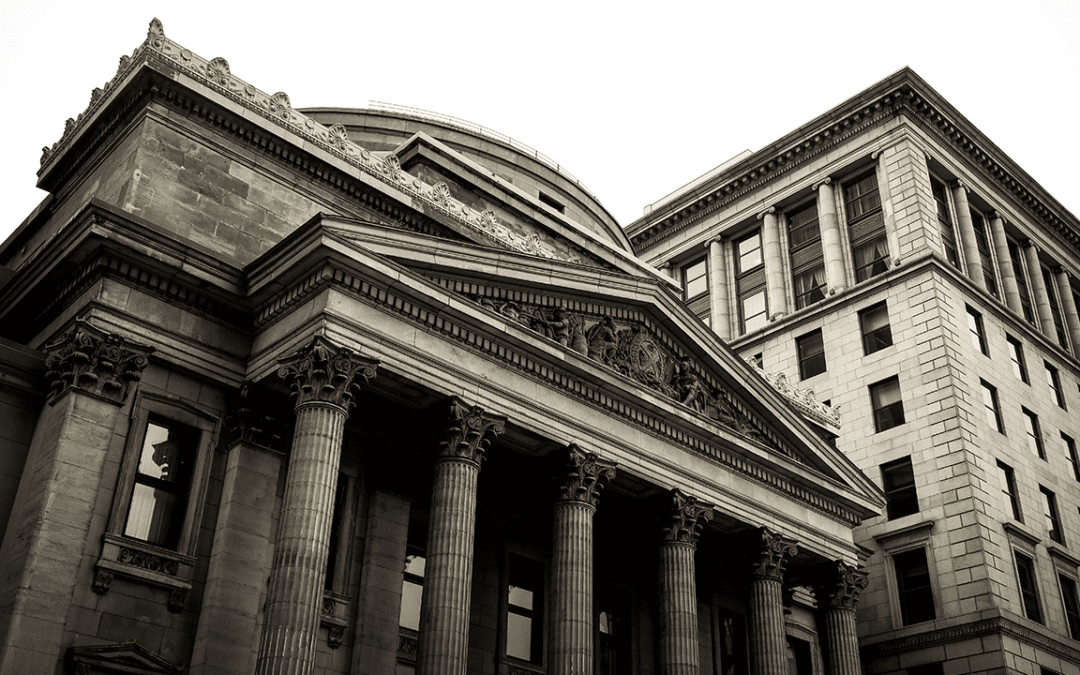 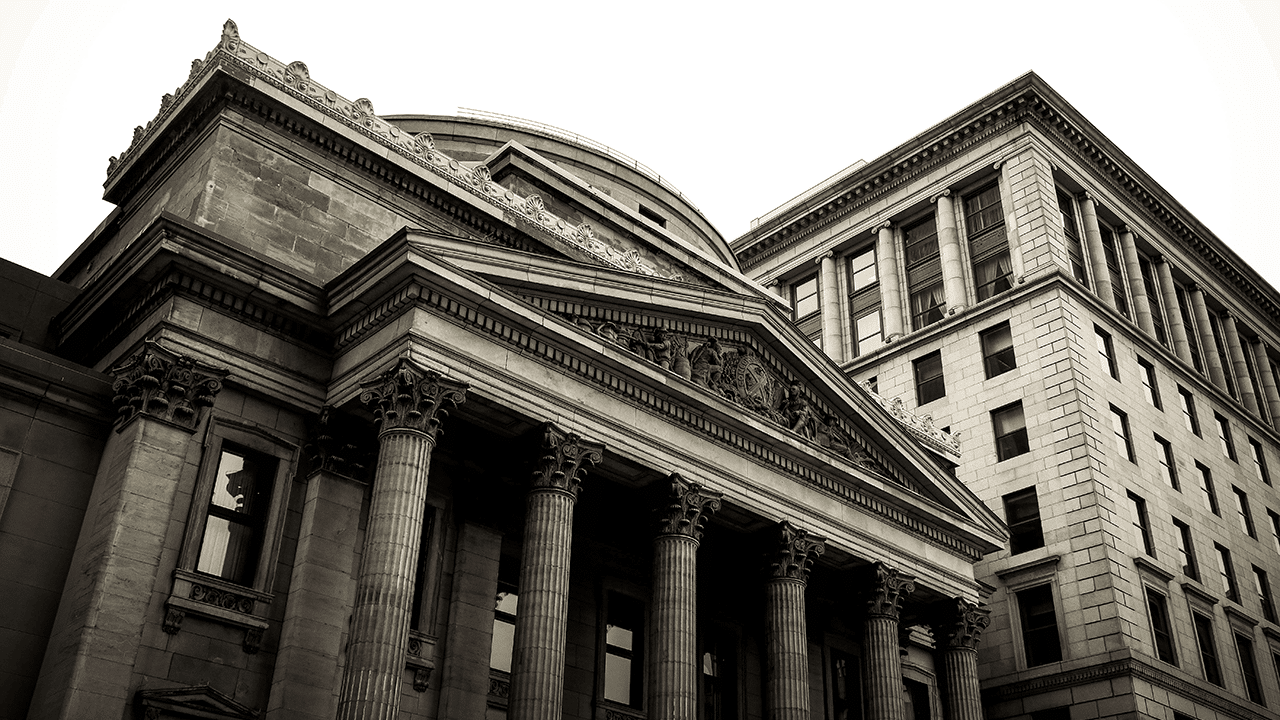 A bill to protect banks that service state-legal marijuana businesses from being penalized by federal regulators has been reintroduced in the Senate—with nearly a third of the chamber as cosponsors. It’s a development that takes on a new light now that Democrats are back in control the chamber.

This comes days after the Secure and Fair Enforcement (SAFE) Banking Act was refiled in the House, where it passed with bipartisan support as a standalone bill in 2019 and also as part of two COVID-19 relief bills.

The Senate version is being sponsored by Sens. Jeff Merkley (D-OR) and Steve Daines (R-MT), and it currently has 27 other cosponsors. In the House, the legislation has more than 100 members who’ve signed on as cosponsors.

The SAFE Banking Act would ensure that financial institutions could take on cannabis business clients without facing federal penalties. Fear of sanctions has kept many banks and credit unions from working with the industry, forcing marijuana firms to operate on a cash basis that makes them targets of crime and creates complications for financial regulators.

“No one working in a store or behind a register should have to worry about experiencing a traumatic robbery at any moment,” Merkley said in a press release. “That means we can’t keep forcing legal cannabis businesses to operate entirely in cash—a nonsensical rule that is an open invitation to robbery and money laundering. Let’s make 2021 the year that we get this bill signed into law so we can ensure that all legal cannabis businesses have access to the financial services they need to help keep their employees safe.”

Daines added that “Montana businesses shouldn’t have to operate in all cash—they should have a safe way to conduct business.”