Will 2021 be the year of cannabis delivery? 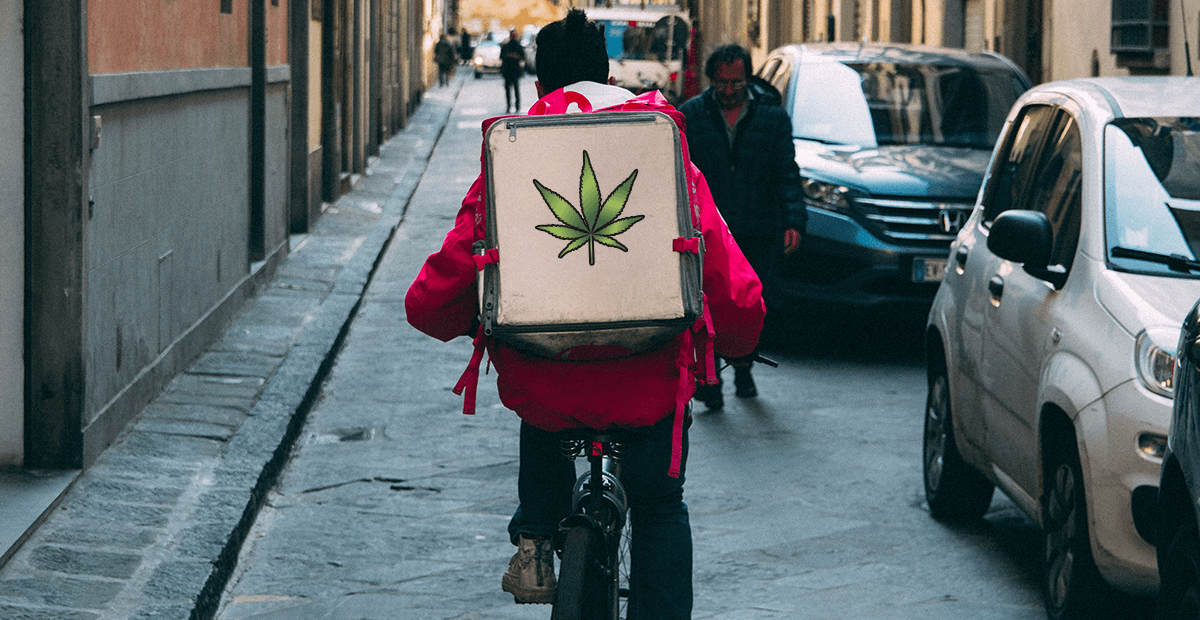 With more sales than any other year and demand for cannabis higher than ever, will 2021 be the year cannabis delivery becomes widespread?

2020 was a difficult year, as if that even needs to be said. But there was one thing that helped millions of Americans get through the year.

That’s not an exaggeration either. Americans bought 67% more cannabis in 2020 than the year before to deal with the stress of COVID-19, record unemployment and peak division in the country.

However despite the huge increase in sales, only a handful of states offer delivery options for recreational cannabis consumers.

Strict regulations and limitations however have made it so only a few of the states listed actually have a current, implemented delivery system. For example, Massachusetts has been dealing with resistance to their new delivery rules, with the cannabis dispensary association in the state going so far as to sue. Colorado, while passing a law allowing delivery in 2019, has yet to implement it for medical patients, while recreational consumers might have to wait until 2022 for access to the same service.

Other states in the list have only recently legalized medical or recreational cannabis with inclusions for delivery in their legislation. These states such as Arizona, Arkansas, New Mexico and others, while passing legalization bills in 2020, have yet to begin sales of cannabis in general, meaning delivery also hasn’t begun.

The question that a lot of consumers are asking, especially after going through a year of the country’s worst pandemic since the early 1900s and bolstering cannabis sales like never before, is where the hell is the delivery option?

The impact of COVID-19 on businesses across every industry in the country has been stark. Yet while thousands of businesses suffered and even closed down, cannabis businesses everywhere thrived. But almost every single sale was done in-person.

This doesn’t seem to fit the overarching narrative of the last year that social distancing and avoiding others is all but paramount. In this same time Drizly, an alcohol delivery app, became available in 26 states.

In other words, half the country can get alcohol delivered to their door, yet only a couple states allow those with legal access to cannabis to have it delivered. And that is all missed revenue. Bud.com, a delivery service that operates in Northern California, experienced a 500 percent increase in sales after lockdown orders in mid-March, according to Dean Arbit, the chief executive of the company.

So if there’s no shortage of evidence that cannabis delivery can be highly profitable, what are we, or more accurately, what are states waiting for?

The events (and profits) of 2020 definitely have more states and cannabis businesses talking about delivery. With no end to social distancing and COVID restrictions in sight, we should expect cannabis sales to continue to grow through 2021, with demand for delivery options growing as well.

Similarly to legalization in general, no state has the same cannabis delivery laws. In other words, there is no single template for states to follow that has seen continued success. Like legalization, some states may be waiting to see another implement delivery successfully from the start, and copy them.

Other states have issues with the laws they already have, such as competition against brick and mortar stores in states that allow delivery straight from distribution centers.

There is little doubt the more states will legalize some form of cannabis delivery in 2021. To expect every state with recreational or medical cannabis to make it available however is a big ask. One that is highly unlikely to happen in just one year.

But if there is any way to describe the cannabis legalization movement, it’s unpredictable.