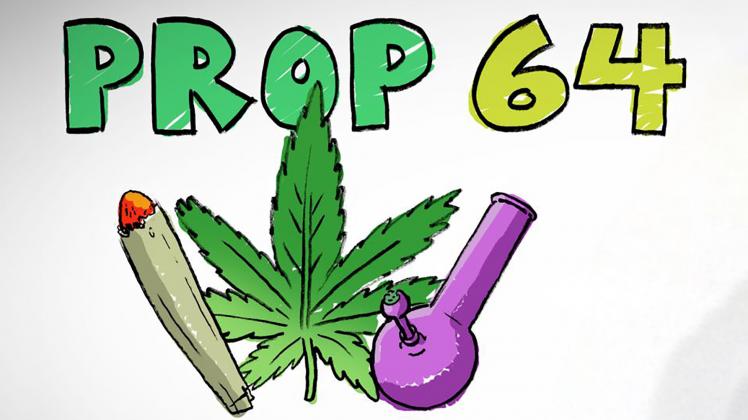 California may have legalized cannabis in 2016, but what does it mean for those who were convicted of cannabis-crime before?

California has always been known for its mostly liberal attitude toward the use of cannabis, itself being one of the first states in the U.S. to legalize medicinal use back in 1996. However, due to its federal status as a Schedule 1 narcotic on par with heroin and crystal meth, the state still suffered at the hands of federal law.

Between 2006 and 2015, there were over half a million arrests in California for marijuana, many of those arrests resulting in either misdemeanor charges or incarceration. With the addition of Proposition 64, California’s new cannabis law, these numbers are expected to drop drastically, while those who suffered prior to Prop 64 at the hands of the law are now fighting for appeals.

Since Prop 64’s passing in November of 2016, there have been over 2,500 requests for appeals sent to local courts from those who were handed charges for their cannabis use, whether for possession or cultivation. One attorney who focuses specifically on marijuana related cases, Bruce Margolin, received as many as two to three cases a week from those fighting for dropped charges and even release from prison.

So how is Prop 64 different from those that came before it? Earlier propositions such as Prop 47, which passed in 2014, reduced multiple non-violent felonies associated with cannabis to misdemeanors.

This still left a tear in the societal implications, where those who decided to cultivate their own cannabis for personal use could still be punished under federal law for cultivation with intent to distribute. Proposition 64 fixed this for the most part by completely legalizing the use of cannabis for adults aged 21 and over.

Counties like San Diego took charge after Prop 64’s initiation, receiving the most petitions for repeals in the first two months after the law passed, reducing sentences and convictions for nearly 400 cases. Not everybody that applied for repeals or sentence reductions were so fortunate, however.

Some district judges and courts are still fighting reductions and appeals for those who commit additional crimes on top of cannabis cultivation or use, such as committing environmental crime like stealing or polluting water. Others won’t get their appeals if they have a major felony in their past record, such as sex offenses, or multiple convictions for the same crime.

For some, Prop 64 has opened the door, quite literally, to their freedom. One such person, Jay Schlauch, was sentenced to nine months in prison for felony possession with intent to distribute large quantities of cannabis. After Prop 64 passed, he ended up serving only a month. Many like Schlauch have shown up for court hearings, expecting a long, grueling battle for sentence reductions, only to come out moments later with reduced time behind bars due to the new laws.

Many of those whom suffered at the hands of poorly written and established cannabis laws in California can take a breath of relief. Their chances of reducing their sentence or getting charges dropped altogether for misdemeanor charges increased significantly with the help of Proposition 64. The new law will also help the minority groups that are vastly over-accounted for in regards to incarceration for cannabis.

California has always been known for their lax-laws and views toward cannabis use among its citizens, yet there is still much to be done about the damage inflicted on the local communities by poorly-thought-out laws from the past. Even with the aid of newly-implemented Prop 64, there are still issues that consumers must face, one such issue being where to obtain “legal” cannabis when every dispensary is medicinal.

While the new laws in California have led to many reduced sentences and dropped charges, there are still many more looking to do the same throughout the state. Additionally, other states can now see the results of California’s new law in real-time.

Suffice to say, much like Colorado and Washington, California will now be under the microscope of the rest of the country, being studied and picked apart like another lab rat in the experiment of cannabis legalization. I expect the results to be similar to that of its predecessors; less convictions, less crime, and let’s all hope, lower prices!