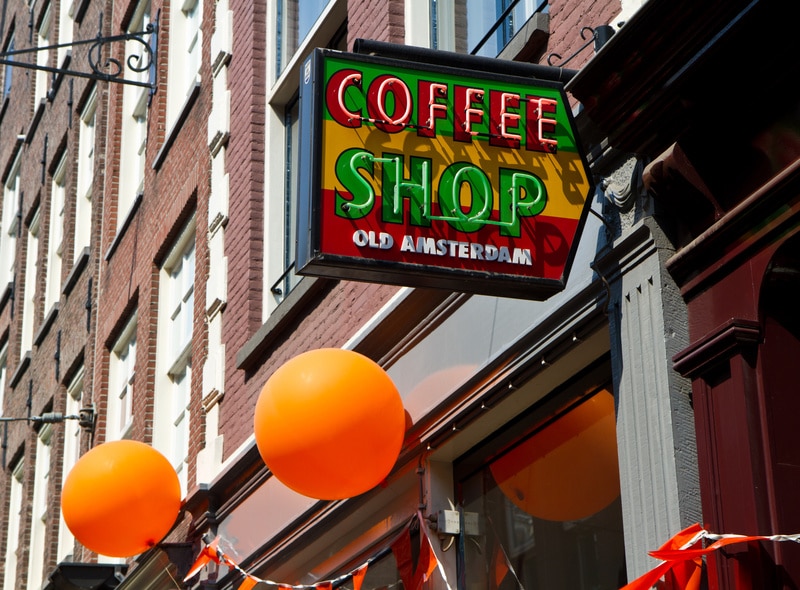 When you think of the marijuana capitol of the world, what comes to mind? For many people, the first place they think of is Amsterdam. But, this might change as the Amsterdam weed market starts to fall.

Amsterdam has always been world-renowned for its marijuana coffee shops that allow the Dutch as well tourists from all over the world to partake in recreational cannabis use without fear of persecution. However, few know the true cannabis laws of Holland, and how those laws are slowly tearing down the Amsterdam weed market and the rest of the Dutch nation.

Although it may seem that Holland is very lenient on the use of cannabis in the country – which compared to other nations they certainly are – the laws they passed in recent years have made it difficult for coffee shops to operate. Holland’s cannabis law maintains a decriminalization status; meaning there is no penalty for personal use and consumption. To show a little contrast to the flaw of Holland’s laws, sex work, i.e. prostitution, is completely legal.

It may come off as odd that a country would permit the sale of legal sex yet be opposed to the full legal use of cannabis, which much of the country already consumes. Yet the government of Holland is not backing down.

Recently the country’s government passed what was known as the “Weed Pass,” which permits only Dutch nationals to partake in the marijuana market there, which so far has become somewhat of a prohibition, mostly resisted by the Amsterdam weed industry, the main tourist spot in Holland. However, these developments have led to an internal reflection within the U.S., as despite our changing laws, there are still many complications, much like our European friends.

What Can We Learn?

While cannabis has been legalized in Colorado, Washington, Oregon, and other states, there are no coffee shops like those in Amsterdam, or anything relatively close for that matter. Many cannabis connoisseurs have flocked to places like Denver and Portland, only to be let down when told by dispensary workers that they cannot smoke there, or at any licensed coffee shop.

Even though Colorado recently passed new laws that allow private businesses to apply for licenses permitting cannabis use on-site, the laws are strict. No alcohol can be sold where marijuana is used, nor can marijuana be sold where it is consumed. Due to these complicated and seemingly counter-intuitive restrictions, a lot of the businesses that are eligible for these licenses may not even bother.

So where will we find the next marijuana capitol of Europe? A sleeper city in Spain may be coming up as the new champion, as Barcelona has hundreds of marijuana “clubs”, much like the coffee shops in Amsterdam. The difference between the two cities however, is that all the clubs in Barcelona are private, meaning there is a required fee to be a member at any given marijuana club.

However, as some of these places offer great deals for yearly memberships, the costs for these new pseudo-coffee shops may well be worth it. Locals and tourists alike have started referring to Barcelona as the new marijuana capitol, but with similar strict private use laws much like the Amsterdam weed market, the city still has much ground to cover.

We seem to be in some weird time-warp where marijuana laws are one way in a certain country, and mirrored the complete opposite in another. While Amsterdam has plenty of places to consume marijuana, the restrictions on businesses and those that can actually partake have begun the tightening of the noose on the falling marijuana capitol. Yet in the United States, where it is completely legal in some places with no potential backlash from authorities, there is no safe public or private place to consume it other than one’s own home.

The world is learning together as marijuana becomes more accepted nationally in the U.S., as well as globally, with more countries considering the plant’s potential benefits as medicine or as a recreational product. So, while Amsterdam may slowly fall, a new marijuana market will rise from its still smoldering ashes; a market with freedom, accessibility, and mutual understanding, whether it be in Europe or America. It will be there.