The Costs of Growing Organic Cannabis 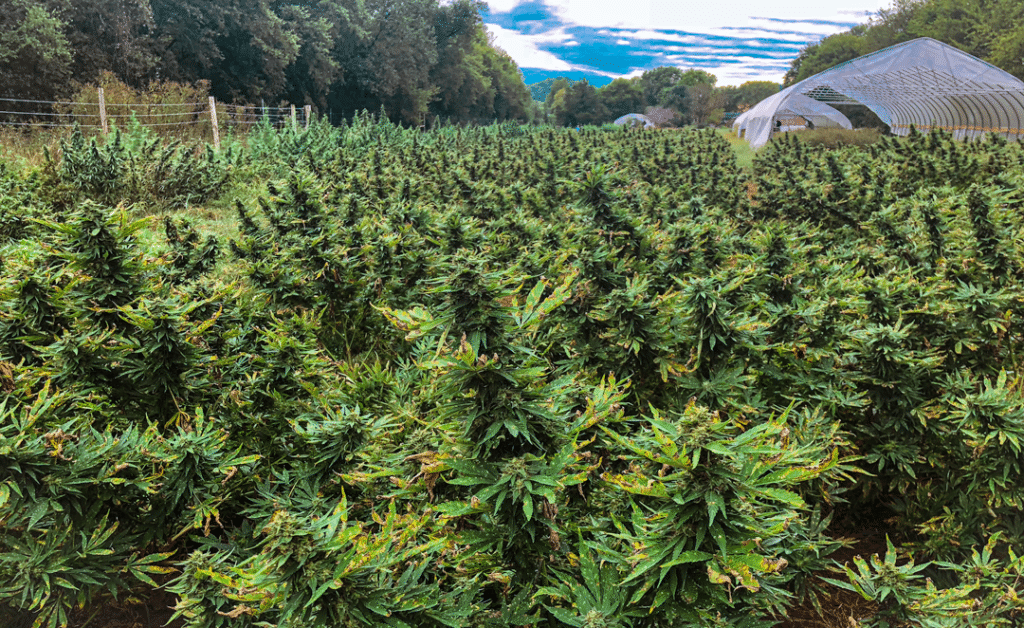 Everybody has their own personal definition of what “organic” means.

For a lot of growers, organic pertains to the nutrients you use to grow. To others, organic only means planting your plants straight into the ground and growing from there.

But what does it really mean to grow organic cannabis?

What is organic cannabis?

Contrary to what the lazy grower may wish to be true, you can’t just grow cannabis in the dirt in your backyard and call it organic. You have to feed organic too. But what can you feed cannabis that is actually organic?

An organic nutrient is anything that comes from biological life. This includes bone meal, feather meals, guanos, and the like. There’s also mined organics like gypsum, pumice and other natural resources. So just using any of those throughout your plants’ life cycle should be enough.

To grow as organically as possible, you want to use organic inputs that are also renewable. The problem is that these inputs are few and far between. The reality is that a lot of organic inputs are strip mined, and cause irreversible damage to the ecosystems they impact.

Take guano for example. Bat and Seabird guano are two of the most popular organic nutrient products that growers love to use when growing organic cannabis. But have you considered how these products are obtained? Strip mining.

Surveyors look all over for bats flying in and out of caves, or bird flocking to a specific cliff face or perch. They then bring in excavators and dig in, ripping up the top layers of the cave or cliffs for the high nitrogen guano, and digging all the way down for the phosphorous and potassium-rich guano that has been sitting underneath. This displaces thousands of bats and birds, and destroys any other small life that could live in the area.

This isn’t to say that there aren’t any renewable organic inputs.

While it is still up for debate among growers and suppliers alike, many would say that peat moss is renewable. The debate is due to the time is takes for peat bogs — where peat moss comes from — to redevelop. Peat moss is the result of millions of years of decomposing biological life that piles on top of itself. After it is mined, it will not replenish for a million more years. So yes, peat technically renews over time, but not fast enough for us to constantly use forever.

One of the only truly renewable organic inputs is coco coir. It is a byproduct of the coconut and textile industries in Asia. Made from the short and long fibrous hairs that aren’t used from the shell of coconuts, coco coir does no damage to any ecosystem, it doesn’t impact the livelihood of textile workers, and coconuts fall off trees every single day. Coco coir is 100% renewable, and even reusable.

Should I even grow organic cannabis?

Of course you should. The reality is that most of us are wearing clothes right now that aren’t sourced or made ethically, and we just sort of ignore it. It isn’t the best approach, and I’m sure there’s some of you out there that try to avoid supporting these companies. But the same applies to organic inputs.

If you want to grow organic cannabis, you need organic inputs. To get organic inputs, they need to be gathered through different means, whether its a renewable byproduct like coco or a strip mined inputs like guanos, phosphates and others. Sure, you could just grow in some dirt in your backyard and feed nothing but water. That is organic cannabis. But don’t expect great results.

An important ethical question growers should start considering is the importance, and difference between their end consumer’s health and the health of the environment. Organic cannabis is rising in popularity, and will most likely end up becoming a major sector of the legal industry, which means demand is going to grow. Is the consumer’s health more important than the life that is potentially destroyed in the process of obtaining those organic inputs?

The reality is you can grow cannabis with no-organic, synthetic nutrients and still have a safe to consume end product. So the decision is really up to you as a grower; is organic cannabis just a marketing tactic, or a way of life?