Michigan Cannabis Off to a Green Start 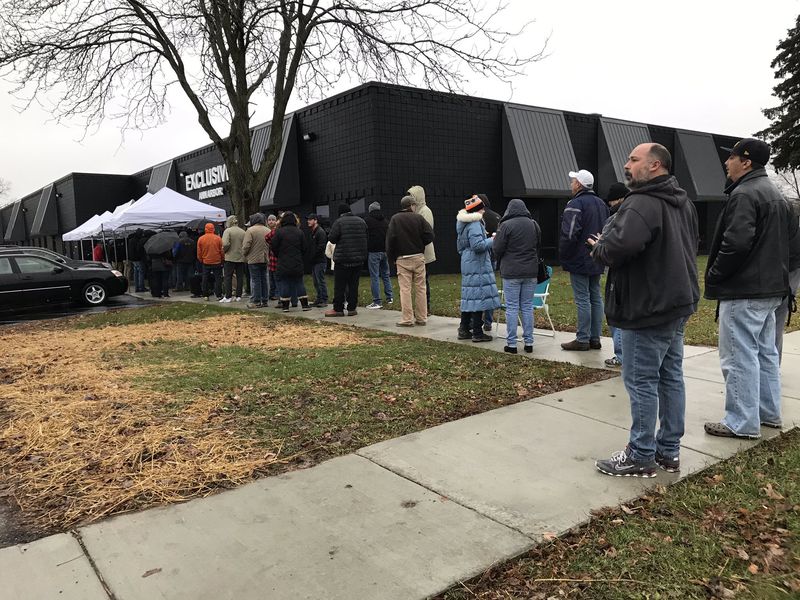 The first few recreational dispensaries have begun legal sales in Michigan, and the numbers are starting to roll in.

Michigan legalized cannabis in 2018, but took an entire year to plan and establish a legal marketplace. On December 1, 2019 the first recreational dispensaries were allowed to begin sales. Suffice to say the people of Michigan were ready.

While Michigan’s first day of legal sales was pretty different from other legal states there’s no way to deny that it was a success.

Michigan cannabis consumers were definitely a little worried when December 1st rolled around, mainly because of the lack of locations to visit. The entire state had only five dispensaries for the entire population, three of which were in Ann Arbor.

But that didn’t stop the people of Michigan from lining up around the block and buying every last gram of cannabis that was available. Over 2,200 people spent over $220,000 at the three Ann Arbor stores alone, each averaging over $100. For only three stores in one day, that’s pretty good.

With over 200 people still waiting out in the cold until the stores closed at 9 PM, there were high expectations the following days as well. It’s safe to say those expectations were met.

In the first eight days of recreational cannabis sales in Michigan, the state pulled in over $1.6 million, with over $162,000 being collected from the 10% sales excise tax and another $106,000 from the 6% state sales tax. The numbers are pretty big, especially for only five stores across the whole state, but keep in mind that’s over the first week of sales.

To put that in perspective, when Colorado legalized began recreational cannabis sales in 2014 the state sold over $1 million in cannabis just on the first day. However keep in mind that Colorado also had 24 dispensaries open on the first day of sales compared to Michigan’s 5. And taking tax dollars into account, Michigan is on a good track right now.

The state is projected to pull in close to $300 million in total tax dollars by 2023, with most of the money going to roads, schools and the state’s general fund.

The short answer is yes. But like any legal cannabis market, it won’t be without its roadblocks. The state began accepting applications for recreational marijuana business licenses on November 1 and has since awarded 21 licenses and pre-qualified another 73 applications.

But more than 1,400 of the state’s 1,771 communities have said they don’t want marijuana businesses in their towns, so finding a city that’s amenable to legal weed has been a challenge for businesses. With just a little more than 300 towns so far accepting legal cannabis businesses, it might be some time before there is a dispensary in close driving range for every Michigan resident.

Nevertheless by the end of 2020 there should be close to 100 dispensaries in Michigan. While still not a great amount compared to other states, it has become a common tactic among new legal cannabis states to start out slow and avoid a market crash from too many dispensaries and cannabis supply. It may mean overpriced cannabis and cannabis products for now, but it also means more quality products and prices that will drop in the future.