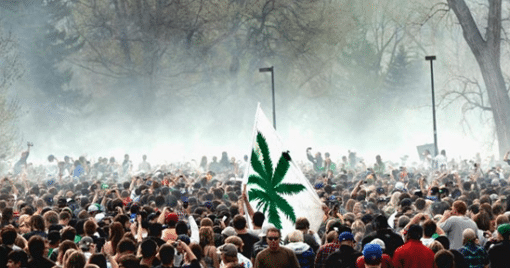 Denver’s 420 rally has been banned from Denver’s Civic Center Park for the next three years, but does anyone really care?

The ban comes after city council members say that the organizers of the Denver 420 rally/festival left the park a complete disaster, with trash strewn everywhere. While the city’s decision may seem to put a damper on things, the reality is that the spirit of 420 will live on…just somewhere else.

The circumstances surrounding the banning are questionable at best. While it is true that trash was indeed left in an ugly heap all around the 420 rally venue, how the trash got there may not have been the organizers fault. As fast as the reports of the incident hit social media, so did claims disputing the announcement. Dozens of local residents who either took part in the cannabis festival or were passers by, reported that when the event was concluded trash was cleaned up and the park was, for the most part, in order.

According to Miguel Lopez, the rally’s organizer, the problem came about when a man with a knife, intentionally tried to scuttle the efforts of the festival clean-up crew, who had already bagged up most of the trash. Around 80 to 120 bags were cut open and thrown around by the lone individual, who when confronted, pointed his knife at the workers.

Police were called around 2am to respond, Lopez says. The Denver PD showed up, but made no attempts at taking a report on the incident, a blatant violation of DPD policy. When questioned about it, they acknowledged they had responded but “didn’t know” anything else about the incident at the 420 rally . 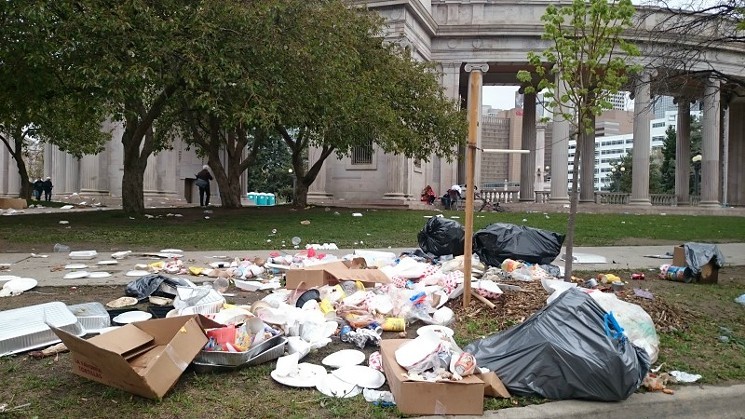 Was it ever about the trash?

Despite the revelations by Lopez, the city wasted no opportunity to inject their own personal views on the Denver cannabis festival and the message it permeates. The ban was an opportunity the city council couldn’t pass up, yet it had very little to do with trash. According to Lopez, the ban is the city’s way of silencing the festival’s message. He plans to fight the ban, as the rally was pulled off without a hitch, until an act of sabotage spoiled the fun for everyone.

Another point of contention, according to Lopez, is that the 420 festival had until noon the next day to do clean-up, a deadline which was met. Lopez was also fined almost $12,000 for the incident, while according to the city, damages totaled only $190.

The one thing that the city of Denver can count on is that the spirit of the 420 rally is not defined by its location. The 420 rally is about freedom, and embracing a culture of togetherness. It’s about loving your neighbor, and coming together as a community. The one thing that the city will never get is that cannabis unites people, and nothing will ever change that, no matter how hard they try.